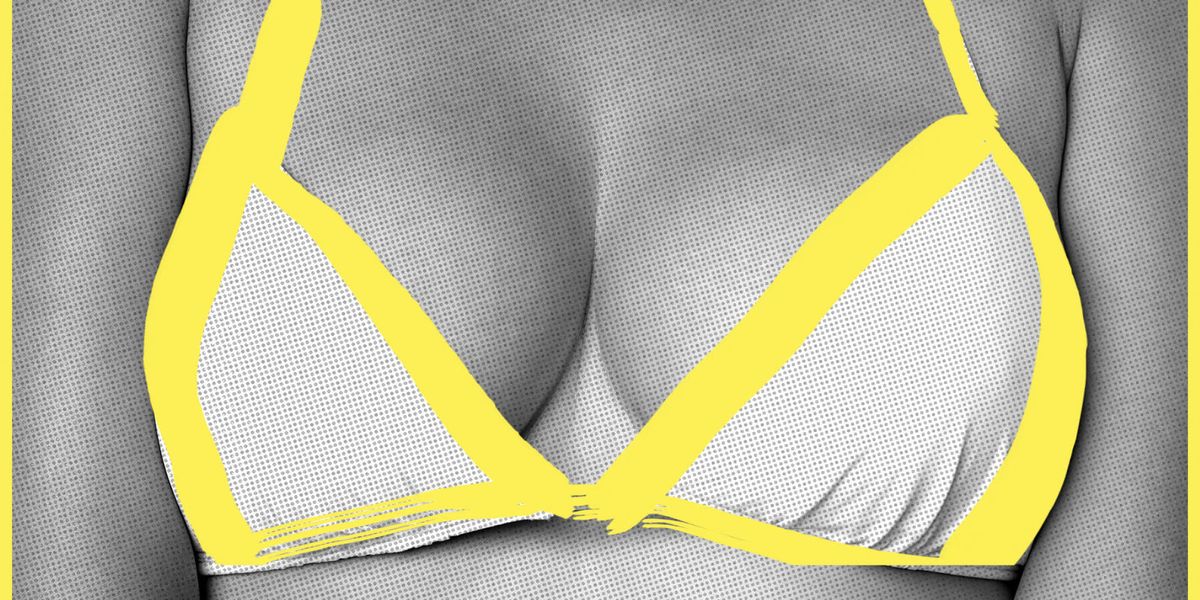 Sixteen years and two kids after having her first breast augmentation, Natalie Gilbert* discovered that one of her breasts had started to harden around its implant. She could also feel the implant’s edge, and there were divots and irregularities on both breasts, indicative of a somewhat common complication called capsular contracture. “[The implants] were really a mess. I knew they had to be taken out or replaced,” says Gilbert, 35, a New York-based professor of English.

To get the results she wanted—smaller, more natural-looking breasts, restored to their pre-baby perkiness—Gilbert’s plastic surgeon, Adam Kolker, MD, suggested something she didn’t even know was an option: a fat graft (aka fat transfer) into her breasts, along with new implants, to help create a softer look and feel. “The implants look so much more natural than the first ones I had,” says Gilbert, who spent roughly $20,000 on the surgery.

“Fat transfers have become a lot more popular over the last 10 years,” Kolker says. Roughly 15 to 20 percent of his breast augmentation procedures involve autologous fat—the patient’s own fat, taken from harvest sites like the inner or outer thighs, back, or arms—used alone or together with an implant. “The genesis was reconstruction,” says Kolker, citing surgeons’ initial use of fat transfers for breast cancer patients after partial or full mastectomies.

For cancer patients, fat grafting is generally done in a plastic surgeon’s office as early as six months after breast cancer surgery. “Fat grafting is a technique that we feel is safe, and it can have a huge aesthetic appeal,” says Elisa Port, MD, a Breast Cancer Research Foundation grantee and the chief of breast surgery at Mount Sinai Health System. However, Port doesn’t recommend grafting for lumpectomy patients, who may face a greater risk of recurrence than those undergoing mastectomy. Fat grafting can cause calcifications that may mimic the appearance of cancer, making diagnosis more difficult.

As word spreads via social media (complete with compelling before-
and-after images), more and more women are giving the new technique a shot. Veronica Simon*, a 21-year-old nurse from Bloomington, Indiana, wanted to correct her breast asymmetry. While scrolling through Instagram, she found a plastic surgeon in Chicago who specializes in fat grafting. Simon’s procedure took about five hours, cost $8,500, and was difficult to recover from—bruises from the liposuction on her arms and hips lasted months—but she says her breasts are now more balanced and look “so natural.”

Of course, as with any other cosmetic procedure, fat grafting has limitations and risks. First, there’s a limit to how much bigger you can go: Most doctors say patients can expect an increase of one cup size at most, but it depends on the individual, her age (younger patients like Simon tend to hold on to more of their volume), and whether she has good donor sites (some patients are just too lean). The biggest challenge with fat grafting is that it’s hard to anticipate how much of it will take and remain where it has been injected. The fat can be absorbed back into the body, or it can die (what’s called necrosis), forming oily cysts and lumps that should be aspirated by a surgeon. The more fat you put in, the lower the percentage of fat that will take, so doctors face a quandary of diminishing returns when they decide how much to transfer. “One thing we’ve learned is that you have to be conservative with the volume,” says Kolker, who says he typically transfers up to 150 ccs of fat to each breast and anticipates 50 to 75 ccs (roughly half a cup size) to remain three to four months after the procedure. “To go from an A cup to a B, or a B to a C, you’re talking about two treatments,” he says.

The good news? Better, more reliable results may be on the horizon. Last April, Alma Lasers, a medical device manufacturer, introduced Beauti-Fill, a first-of-its-kind fat grafting platform that includes a laser-assisted liposuction device to more gently remove fat, maintaining its “heartiness,” and a canister that separates fat from red blood cells and other fluids in one step. “You save time with the patient under anesthesia, and you’re ready to go with high-viability fat,” says Barry DiBernardo, MD, adjunct clinical professor of plastic surgery at the University of Pittsburgh and the director of New Jersey Plastic Surgery in Montclair, who helped test the platform. “Everybody wants to be green these days, and if for whatever reason someone doesn’t want implants, we can now get them some shape and volume using their own fat,” he says. “That’s really the big thing here.”

*Name has been changed.

A Brief History of Breast Enhancements

This article appears in the March 2020 issue of ELLE.