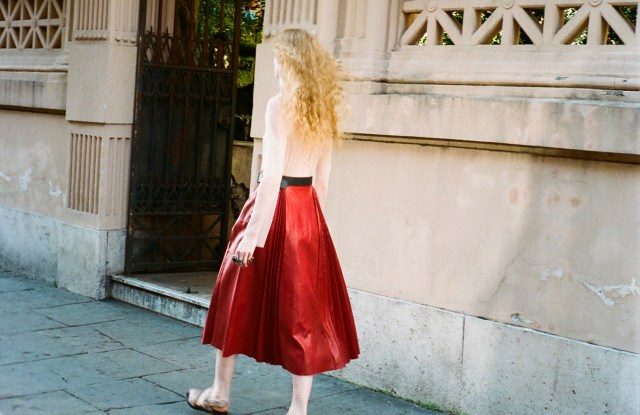 MILAN — Alessandro Michele never holds back when it’s time to talk about his collection or his projects for Gucci and that was the case on Friday, too, when the designer opened up about his admiration for director Gus Van Sant over three decades, how he wanted to be a costume designer growing up and how as a child he watched Neo-Realistic and old Hollywood films with his mother, who worked in the movies, rather than cartoons.

Michele and Van Sant spoke to the press through a virtual conference to kick off the first digital fashion and film festival, GucciFest, which runs from Monday to Nov. 22. As reported, Gucci’s creative director and Van Sant will present the new course of the brand and the new collection through a seven-part film series they codirected. The collection and the series are dubbed “Ouverture of Something That Never Ended.”

“I needed to experiment and this was a great experiment, it was exhausting, we sometimes forgot to eat, went to sleep at dawn, but I am very happy,” admitted Michele, as Van Sant noted the films were completed on Friday after working on the project for a month. Michele and Van Sant revealed they had been planning a different initiative together a year ago that was shelved by the pandemic.

The director admitted it was not easy to shoot during the second wave of COVID-19 in Rome, as the government has been enforcing more restrictions, but underscored the beauty of a strangely deserted Italian capital, and how he felt in light of the continuous testing for the coronavirus.

“It was such a privilege to work with Gus — a true luxury for me, as watching [Van Sant’s 1991 movie] ‘My Own Private Idaho’ almost 30 years ago was an eye-opener for me, it made me understand who I am in a delicate way,” said Michele, wearing a white T-shirt over brown corduroy pants and a mock-fur coat casually worn like a cape, and, characteristically, rings on each finger and a number of bracelets on each wrist. “And the meeting between us came entirely naturally.”

Asked why he chose to work on a series, the designer said “it seemed interesting to help define a time that never ends, and to restart at this moment of suspended time. Creativity is circular, and you can’t stop it.”

Michele referenced the pandemic as slowing life down, captured by the concept of the films, which focus on daily activities. “The slowness becomes significant, and to slow down becomes a luxury,” said Michele, thinking of his own pleasure in taking the time to drink a cup of tea at home and not rushing somewhere on a plane. “I want to hold on to the slowness of these times.”

Admitting to a voyeuristic approach to people, observing their gestures and habits, “Ouverture of Something That Never Ended” follows the daily life of Italian actress Silvia Calderoni at home, at a café, at the theater or at a vintage shop, the “ordinary but beautiful places” in Rome, noted Van Sant. 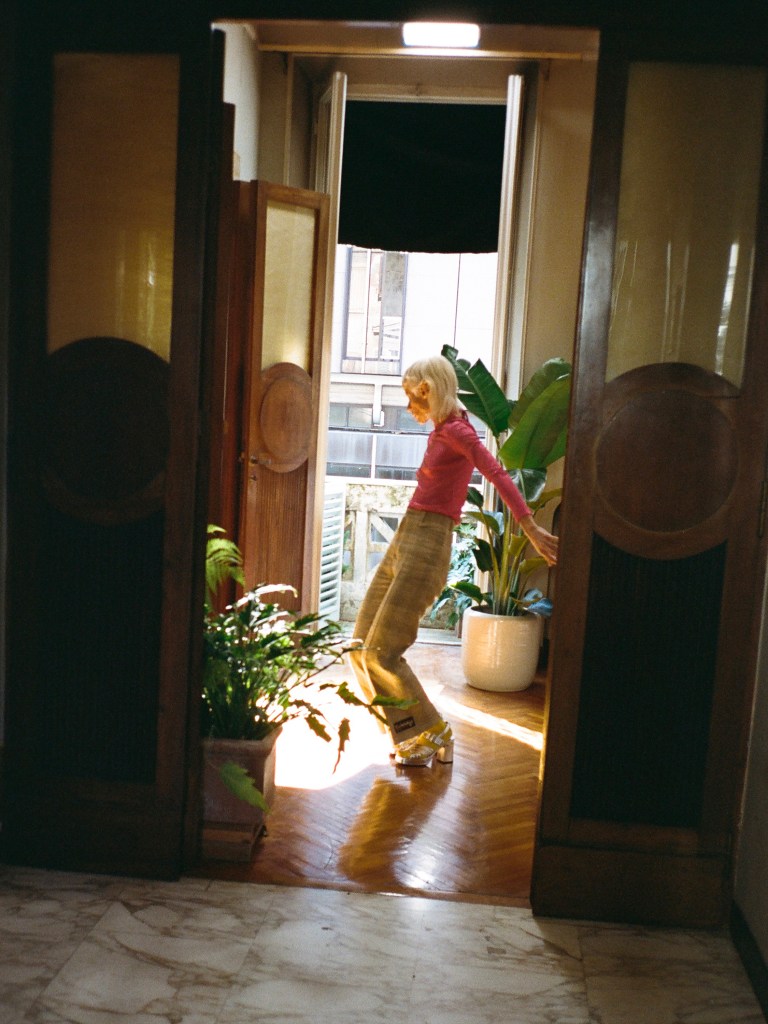 A screenshot from the first episode.
courtesy image

Michele enthused about the cross-pollination of fashion and films and Van Sant underscored the timing of each industry. “A collection is finished just before you need to show, while a film takes much longer to be ready.” Fashion by definition is “reacting to the moment, while it takes a year or two to prepare a film but the combination of cinema and exposing fashion ideas has lots of potential as cinema starts to get sucked into the computer screen,” he said with a smile.

“In our case we were working with something that was not strictly a normal story, things were disconnected within the storytelling, but there is a cinematic fusing with commerce, where you have something that is going to be sold and you are literally making a film within that world, and this is maybe partly new — something that you’d see at a World’s Fair,” observed Van Sant.

Michele said he found it “beautiful to see clothes become part of the life on the screen, it’s as if they were freed and fled away from the runway and I almost did not recognize them. Costumes and clothes are not so different, fashion infiltrates cinema and the other way around. And cinema allows you to fulfill the need to tell stories. If Michelangelo were alive today, he would be a director. The language of cinema is powerful, and I am still undecided if I am a costume designer or not,” he deadpanned.

Van Sant praised Calderoni as an “anchor among guest stars, she is a very powerful actress and dancer wearing the clothes but acting and reacting. She is very versatile and talented.”

Asked about future collections and if he envisions films as a means to continue to show them, Michele demurred, saying he would indeed like to do another film, but added: “I don’t know about the future, I did something that was necessary, it needed to be done.”