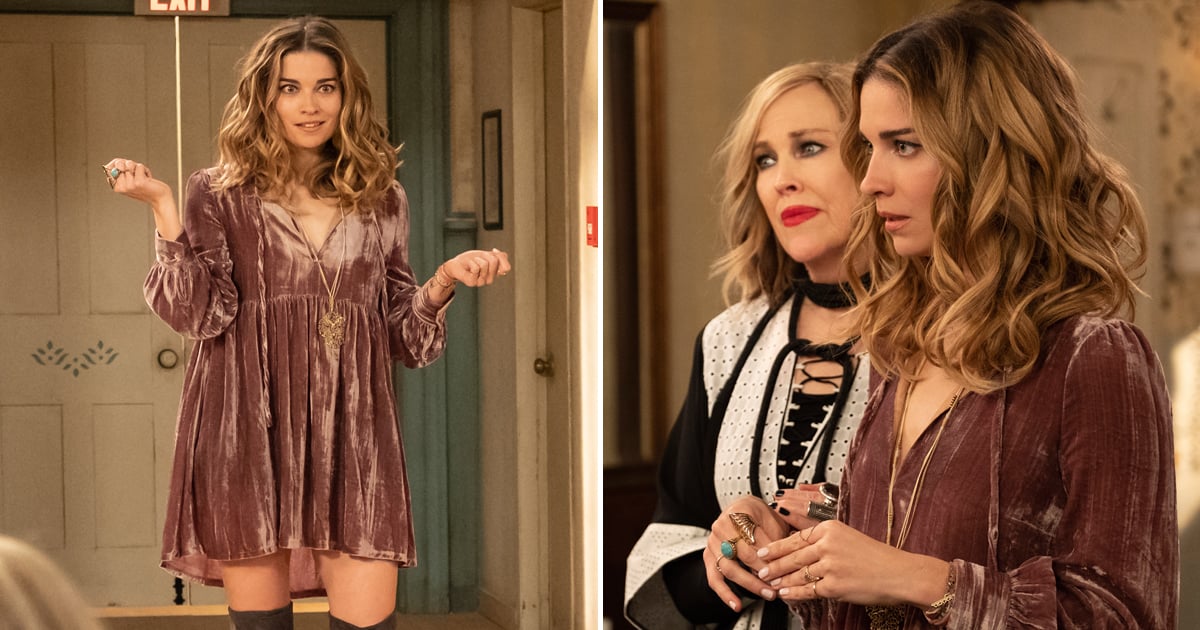 Schitt’s Creek might be ending soon, but Annie Murphy will always have “a little bit” of Alexis Rose’s wardrobe to remember her time on the show. The actress recently sat down with Harper’s Bazaar to discuss her fan-favorite character and the show’s final season, and revealed exactly which pieces of clothing she took home after the cast finished filming.

Although Alexis and her family fell on hard times, they never stopped dressing to impress. Moira has her dramatic wigs, David has his incredible sweater collection, and Alexis keeps thing boho-chic in various headbands, colorful dresses, and statement jewelry pieces. For Annie, the numerous options made it tough to choose something for herself.

“There are so many amazing clothes, but I didn’t want to wear them, because they’re really friggin’ nice,” she said. “I feel like so many of these clothes are so very Alexis, and I didn’t want to be that girl who wasn’t in the show anymore yet cosplaying herself down the street. So, I had to be quite selective.”

That said, she was able to find a couple of things to take home and commemorate the past few years. “I chose a really lovely baggy sweater and pants. I don’t know if Dan knows this, but I also took the dress that Alexis wears for her Cabaret audition — the “A Little Bit Alexis” dress that’s a purple babydoll thing, which I will never ever wear, but it was a special scene,” she continued. “That’s now in my closet somewhere.”

It makes me so happy to know the dress from Alexis’s famous audition is now hanging in Alexis’s real-life closet. Given Alexis’s expensive taste, you might think the piece came from a couture designer, but it was actually an affordable Anthropologie purchase! Although the velvet shirt dress is sold out now, you can shop similar styles for yourself ahead.