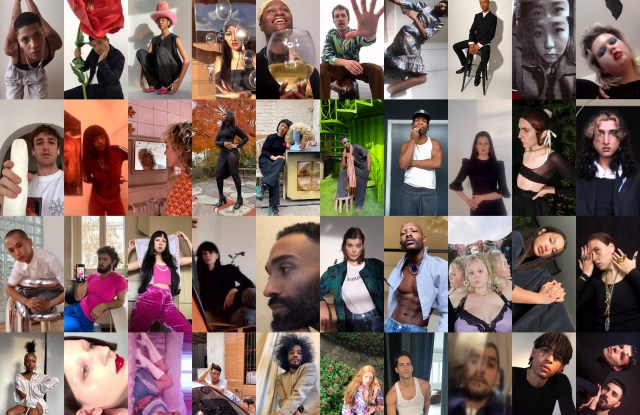 LONDON — Ahead of the Fashion Awards which are taking place digitally on Thursday, Dec. 3, the British Fashion Council has recognized a new cohort of young creatives as part of this year’s New Wave: Creatives initiative.

The program, which has been going since 2018, recognizes up-and-coming talents from across the fashion and beauty space. Photographers, stylists, set designers and hair, nail or makeup artists tend to be among those who are recognized.

Continuing the initiative, in a year when creatives were facing cancelled contracts and a lack of government support, was crucial, said the BFC.

“This year has been extremely challenging for our community of creatives and freelancers. Many of them in the U.K. are still struggling with issues such as decreased incomes due to lack of work, termination of contracts, and exclusion from government support,” said BFC chief executive officer Caroline Rush, who also pointed to this year’s revised selection process.

Instead of 100 creatives, the BFC chose to highlight a smaller group of 50 to allow for “deeper dialogue with, and support of, these talents.”

Another difference this year was a two-stage voting system, with last year’s talent and a new steering committee taking part in selecting this year’s winners.

“The criteria was to vote for the most creative new talent across disciplines in fashion other than design. The voting committee was also actively encouraged to think outside of their home countries to ensure the list included talent from around the globe,” said Rush of the selection process.

This year’s groups will also have ongoing access to the members of the steering committee and will also be supported by year-long PR and social media campaigns via the BFC platforms.