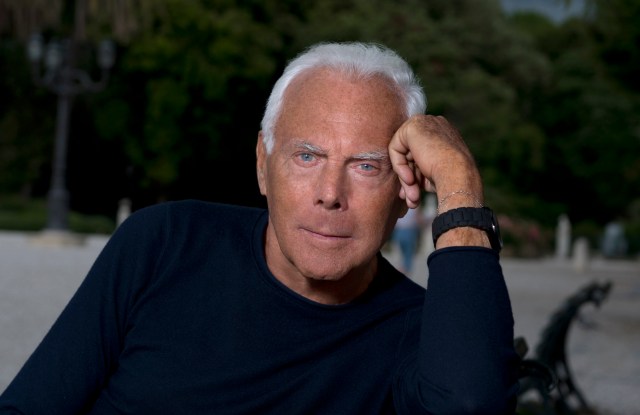 HERE I AM: Giorgio Armani wants to show his support to the city where his fashion career took off more than four decades ago.

As the country grapples with the second wave of COVID-19, the Italian designer on Monday took over several billboards across Milan to acknowledge the resilience the city has demonstrated throughout these months and express his closeness to its citizens.

“I’m [here] for Milan, with the Milanese, with sentiment,” the designer is quoted on the billboards.

Milan and the Lombardy region have been among the areas of the country most negatively affected by the COVID-19 pandemic, during the first and second waves.

The designer’s words of encouragement appear on his mural on Milan’s Via Broletto and on digital billboards on central Corso Garibaldi and San Babila square. They will also decorate around 300 of the city’s public transport stops and loading platforms. He reiterated his message by taking two full-page ads in Italy’s major dailies Corriere della Sera and La Repubblica. 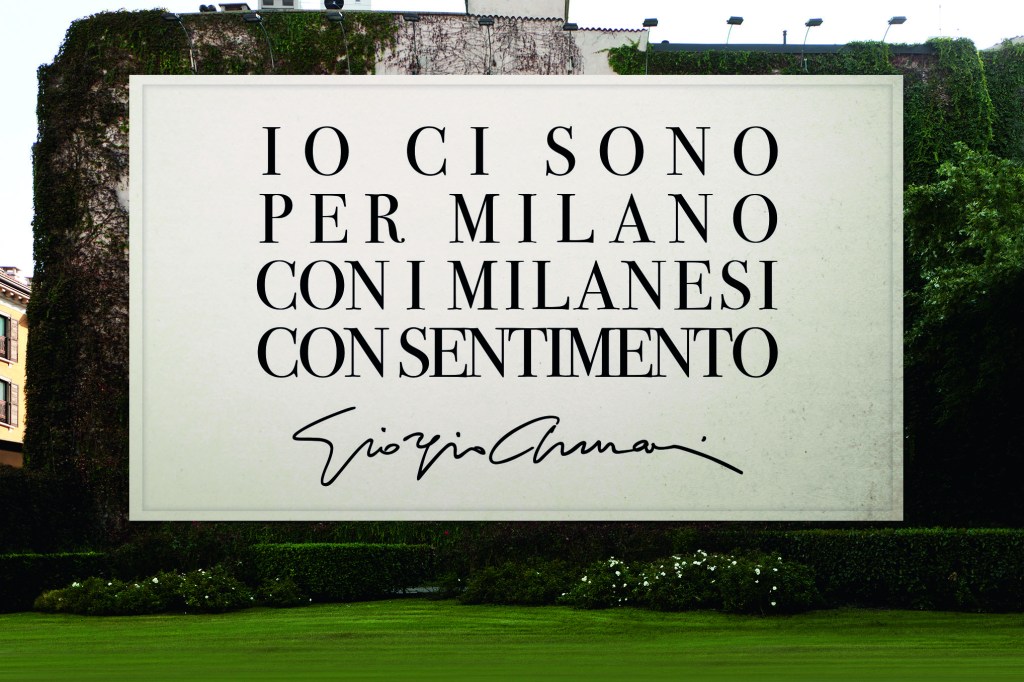 Giorgio Armani took over his mural on Milan’s Via Broletto to show his support to the city.
Courtesy of Giorgio Armani.

Never one to hold back when it comes to doing good, Armani has most recently unveiled initiatives aimed in particular at supporting nonprofit organizations in the fight against the pandemic and poverty, as well as those focused on environmental protection, as reported.

In May, as the first lockdown was lifted by the government, Armani dedicated his Via Broletto mural to the image of a doctor with wings holding Italy in her arms, which has come to symbolize the fight against the coronavirus. The designer’s words appeared next to the drawing by Franco Rivolli: “To restart safely we still need her.”

During the first wave of the coronavirus, Armani donated 1.25 million euros to Italy’s Civil Protection and a range of Italian hospitals and institutions in the country, including the Luigi Sacco, San Raffaele and the Istituto dei Tumori in Milan and Rome’s Istituto Lazzaro Spallanzani. He contributed to the Bergamo and Piacenza hospitals, both badly hit by the COVID-19 pandemic, as well as the Versilia hospital in Tuscany, for a total of 2 million euros in donations.

In addition he converted his four Italian production sites to manufacture single-use medical overalls for the protection of health care providers working amid COVID-19. 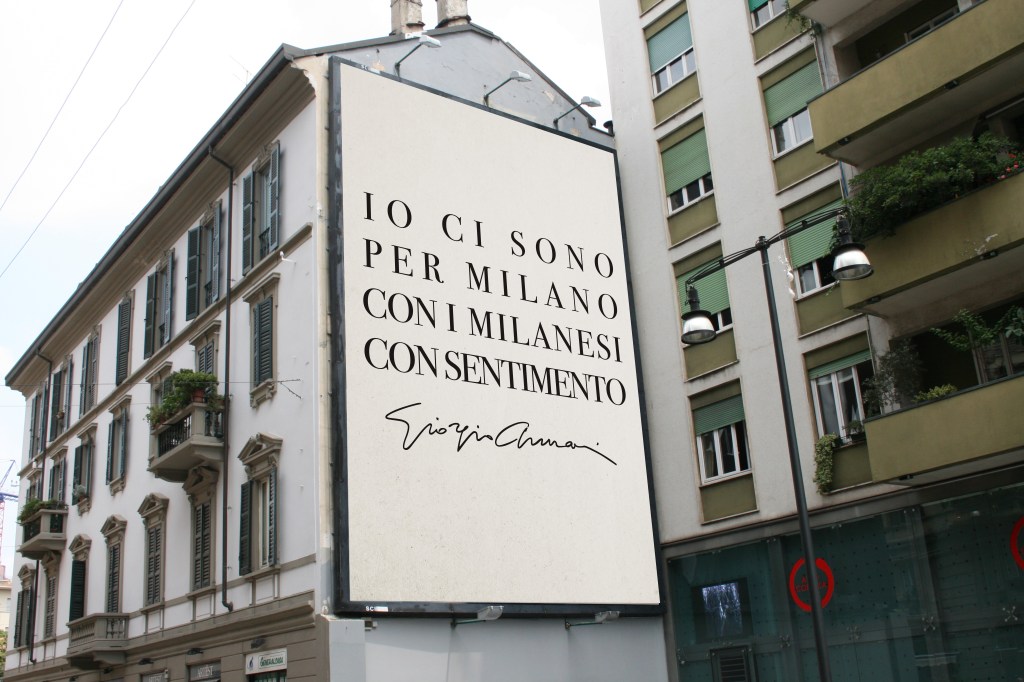 Giorgio Armani took over a digital billboard on Milan’s Corso Garibaldi to show his support of the city.
Courtesy of Giorgio Armani.

In March, the designer took out a full-page ad in more than 60 newspapers in Italy, writing a letter to all health care providers working amidst the coronavirus outbreak.