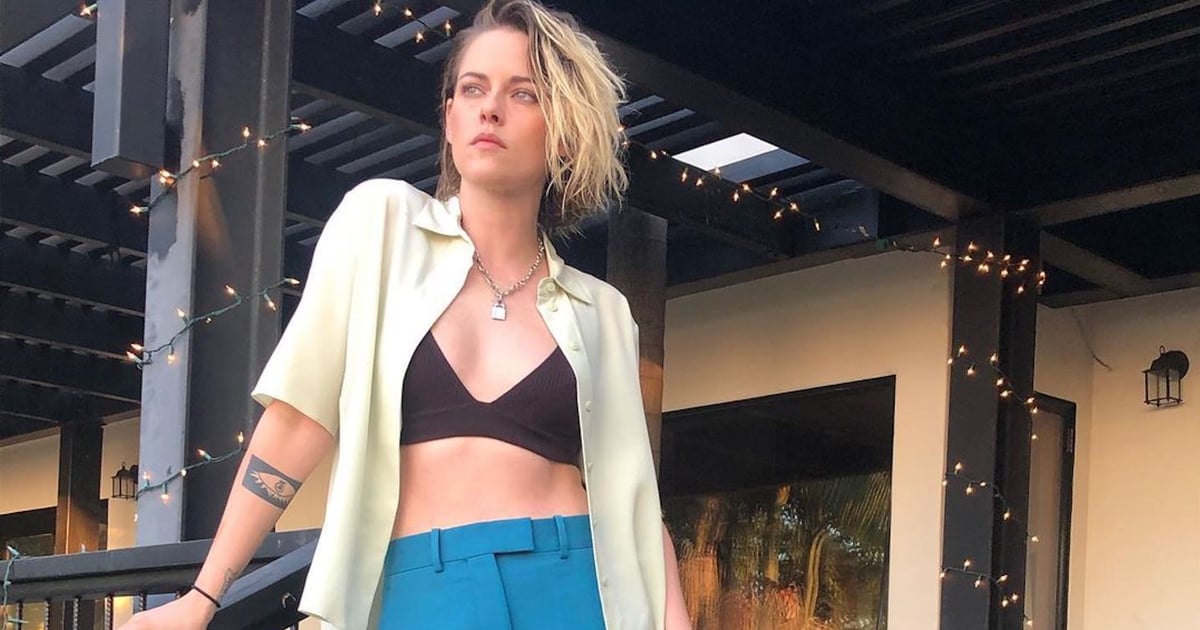 Kristen Stewart geared up to promote her new film Happiest Season in what we’ll call the best celebrity WFH press look we’ve seen so far. The actress, who stars alongside Mackenzie Davis and Schitt’s Creek‘s Dan Levy in the new Hulu movie, worked with her stylist Tara Swennen on a colorful, laidback look that she put on for an appearance with Levy on the Today Show.

As you probably know, lounge sets are having a moment as most of us (apparently actors too!) are moving from the bed or couch to a desk for a Zoom call, all within 30 minutes. Celebrities, they’re just like us. Swennen and Stewart were sure to give this look a sportier touch with the addition of Nike Cortez sneakers and an open button-down shirt from COS that reveals Kristen’s ribbed cashmere bra, also from COS. A pair of cerulean slacks from St. John broke up the relaxed basics, and Stewart added a chainlink choker necklace with a lock pendant, opting for a few silver rings and a wet hair look.

While the finishes may not be as edgy as we’re used to seeing Stewark pull off on the red carpet — i.e. studded pumps, sheer panels, and a fistful of chunky jewelry — they help her appear like the homebody version of herself, and that’s really all we expect right now. Scroll down to see K-Stew’s outfit in action and shop for similar knit bralettes, along with the exact pieces that comprise her outfit.