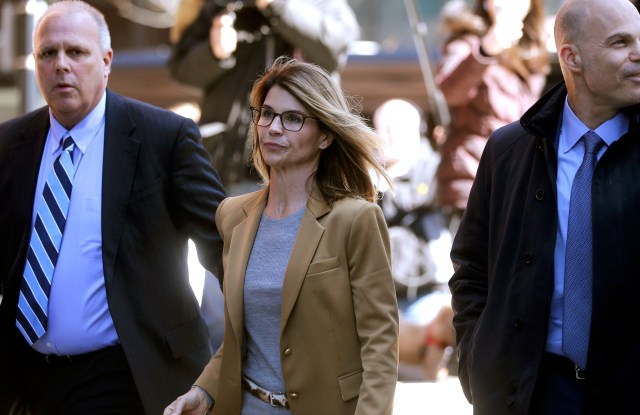 Netflix is giving an inside look at the infamous college admissions scandal that made headlines in 2019.

The streaming service revealed Monday it is debuting the new documentary, “Operation Varsity Blues,” on March 17. It is named after the code name used for the bribery scandal where roughly 50 parents enlisted college counselor Rick Singer to get their children admitted to prestigious universities.

The documentary is said to give insight into how Singer was able to get these children admitted to the country’s top schools, including facilitating bribes, enabling students to cheat on tests and falsely portraying the students as athletes. It will include a combination of interviews and narrative recreations of the FBI’s wiretapped conversations between Singer and his clients, according to Variety.

Among Singer’s more high-profile clients were “Full House” actress Lori Loughlin and fashion designer Mossimo Giannulli, who paid $500,000 in bribes to get their two daughters, Isabella Rose and Olivia Jade Giannulli, accepted as crew recruits at the University of Southern California.

Loughlin and Giannulli’s trial proceedings were one of the most covered among the parents involved in the case. They initially pled not guilty to multiple charges of conspiracy, including mail fraud, wire fraud, honest services fraud and money laundering in April 2019 and faced a maximum prison sentence of 40 years each.

Actress Felicity Huffman was also involved in the scandal, paying $15,000 in bribes to increase her daughter’s SAT score. Huffman spent 11 days in jail in October 2019 after being sentenced to two weeks in prison.

The documentary comes from director Chris Smith, who is also behind Netflix’s 2019 “Fyre” documentary, which gave insight into the infamous Fyre Festival and how its founder, Billy McFarland, was able to scam investors and guests for millions of dollars.

What to Know About Lori Loughlin’s Daughter Olivia Jade Giannulli