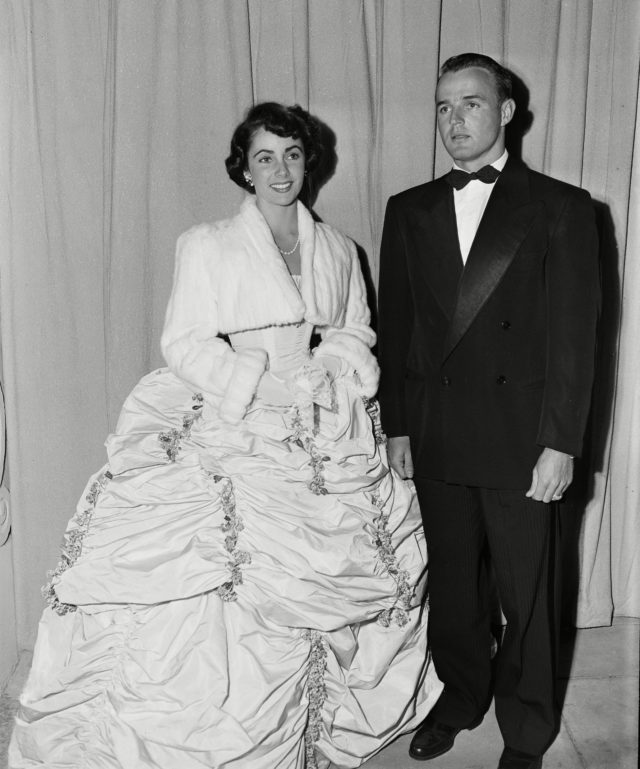 This was supposed to run yesterday, but we were able to get Inauguration Day content up quickly in its place. Hooray! But it’s still worth enjoying.

Informative caption tells us that “[y]oung screen actress Elizabeth Taylor is seen with her Army boyfriend, Lt. Glenn Davis of West Point, arriving for the annual Academy Awards ceremony, in Hollywood,” but does NOT clarify whether or not her dress is actually a functional roman shade. Liz had a great sense of humor, so I vote YES. (Informative Caption also dropped the ball as far as Glenn Davis goes, and it cracks me up that 1949 flipped the script and handwaved the accomplishments of a man for once; he was dating her, yes, but he also was a massive football star and, at this moment in time, the reigning Heisman trophy winner and AP’s athlete of the year. [He went on to play for the Rams and then worked at the LA Times for AGES.] I’m here for you, Glenn.)