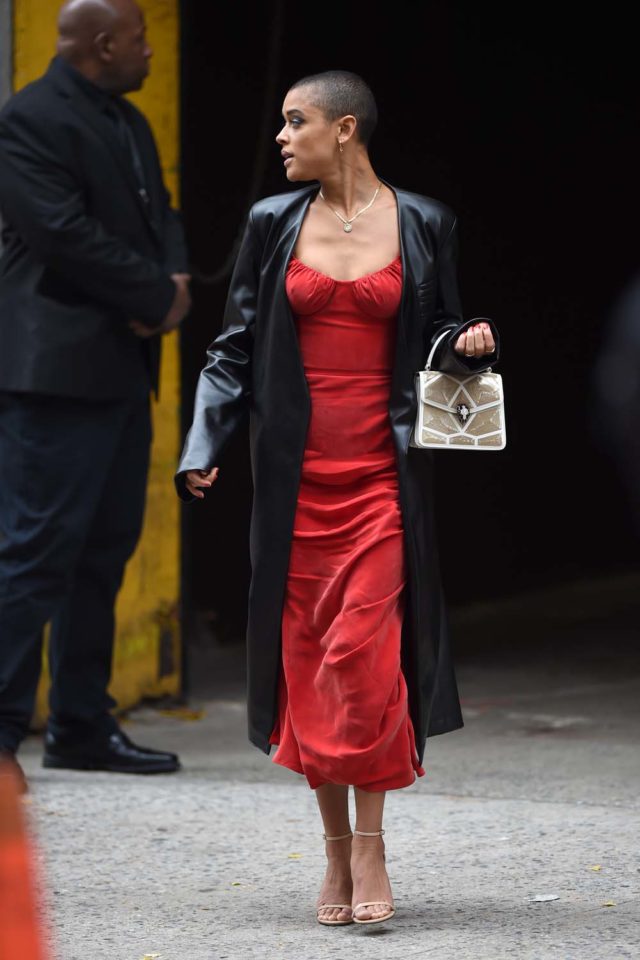 JORDAN ALEXANDER CHARACTER NAME TBD exists the building in a hurry, muttering to herself.

JORDAN: Shit, if my car isn’t here in 5 minutes, I won’t make it back here in time.

JORDAN: WHAT was that? WHITNEY: Character Name TBD! Where are you going? Is something the matter?

JORDAN: Why would you think–

WHITNEY: It’s your shoes, isn’t it?

WHITNEY: You ran out of there before we got the photo we need. I assumed it was because you realized you need new shoes?

JORDAN: What is WITH everyone hating my shoes?

JORDAN (a little loudly, for his benefit): Beige sandals are a perfectly fine choice, you know.

WHITNEY: With red and black?

JORDAN: Are you still hungry after those passed apps or do you want a knuckle sandwich?

JORDAN: Ugh, let it go. And don’t worry about me. We can still slip the laxative into Blair Waldorf’s cousin’s drink after–

WHITNEY: Hang on, are those knockoff Nudists, even?

JORDAN: Can we drop this please? Also, aren’t you cold? I’m in this hella long warm leather coat and you’re just in that tiny little party dress.

WHITNEY: I just assumed you were wearing that because you need to hide your dress.

JORDAN: My DRESS is the trouble now?

WHITNEY: It’s not trouble, exactly…? I mean, it’s a little dated, and the bodice makes your boobs look like they’re angry eyes bugging out of someone’s head, but…

WHITNEY: Now that you mention it, the coat is pretty good. Can we get back onto the topic of blackmail? I need to–

JORDAN: Fuck it, now I AM going to Saks. We can do the blackmail when I get back. WHITNEY: She’s right, I need a coat. Maybe I can blackmail her for that one.

Which Character From The Wilds Are You? TBD Based on Your 1 Fashion Must Have
Five Years Ago (More or Less), Rita Ora Wore THIS
This K-Pop Star Is About to Give an Unprecedented Look at Her Beauty Routine
Victoria & Albert Museum Plans a Major African Fashion Exhibition for 2022
Thousands of Kamala Harris Supporters Will Rock “Chucks and Pearls” on Inauguration Day