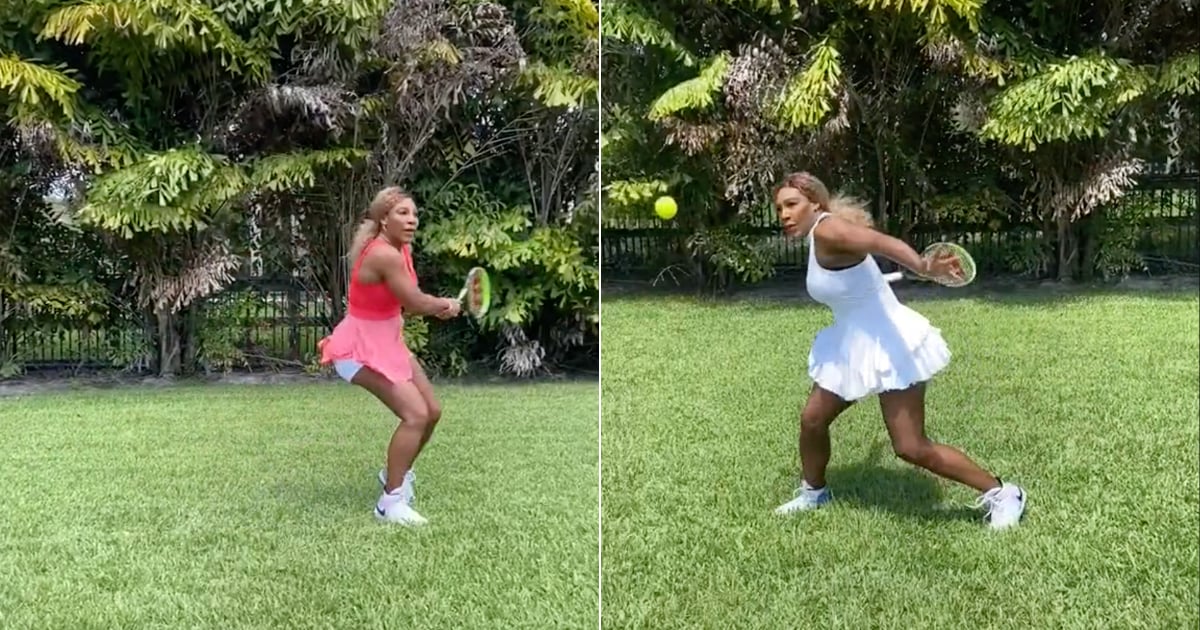 I miss watching sports and witnessing my favorite athletes compete and annihilate records. It seems like Serena Williams is missing the competition, too, but from the looks of her latest TikTok, she’s still competition ready. Williams created a video of herself rallying against — who else? — herself, and it’s arguably one of the funniest and greatest rallies in tennis history.

In the video, “Written, directed, produced, and starring Serena Williams,” we see her sporting her 2016 Wimbledon look as she goes up against herself in her 2013 US Open look. The rally and videography are epic, and it really feels like you’re in the stands watching her compete. At the end of the match, 2013 Williams tells her competition, “You’re tough,” as she lies on a lounge chair, then 2016 William joins her and replies, “You’re not so bad yourself.”

This video gave me the laugh I’ve desperately needed, and I think Williams definitely has a future in acting. Be sure to check out the full video above if you’re in need of a hearty laugh!