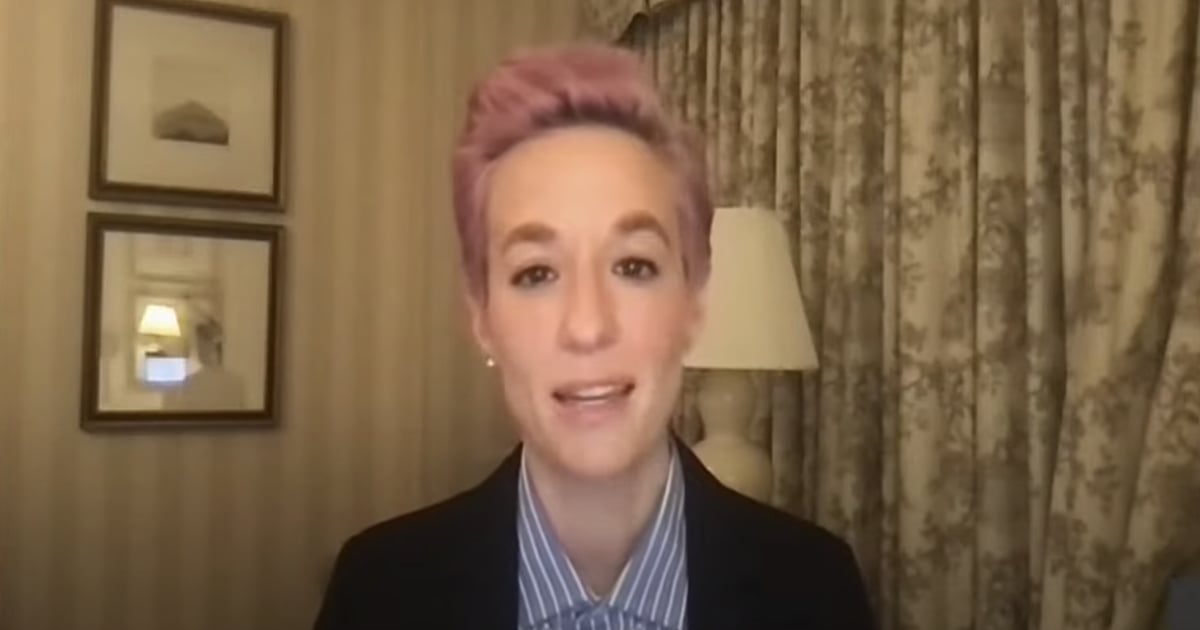 Megan Rapinoe, soccer star, bestselling author, and gender equality activist, made the most of her time speaking to a House of Representatives committee today. Testifying at a “hybrid hearing” for the Oversight and Reform Committee on Equal Pay Day, Rapinoe’s task was to help legislators understand the “long-term economic impacts of gender inequality,” and she had a wealth of experience to draw from. The US Women’s National Team, with whom Rapinoe won the FIFA Women’s World Cup two years ago, has been mired in a class action lawsuit against the US Soccer Federation since 2019, alleging gender discrimination. (The latest: a judge dismissed the team’s unequal pay claims in May 2020 but the players have since pledged to appeal.)

“One cannot simply outperform inequality or be excellent enough to escape discrimination of any kind,” Rapinoe said in her opening statement to the committee. “I’m here today because I know firsthand that this is true.” If it can happen to Rapinoe and the USWNT, who have notched every possible achievement in the sport of soccer, “it can, and it does, happen to every person who is marginalized by gender.” Her passion and exasperation was on full display throughout the question portion as well, as she and other experts fielded queries from the committee.

“You want stadiums filled? We fill them,” Rapinoe said. “You want role models for your kids, your boys and your girls and your little trans kids, we have that . . . you want us to represent America in the best way possible. We’ve done all of that, and simply there’s no reason why we’re underpaid for the exception of gender.”

Rapinoe also commented on another recent gender inequality scandal in sports: the ridiculous “weight rooms” provided for women’s basketball players in the NCAA tournament. Such conditions are “absolutely unacceptable,” Rapinoe said. This is the most important time of year for college basketball, and to have players on the women’s teams “show up for one rack of dumbbells is just completely unacceptable,” she continued. “Someone at some point thought to themselves that that was OK . . . you just simply have to do better.” (The women’s weight room was upgraded, but Rapinoe pointed out that it’s still not equal to what the men’s teams have. “It’s not to the standard needed to perform at that level.”)

It goes to one of her other points: across the board, women’s sports haven’t been given the same chance to succeed. “With the lack of proper investment, we don’t really know the real potential of women’s sports,” Rapinoe explained. “What we know is how successful women’s sports have been in the face of discrimination . . . in the face of a lack of investment on virtually every single level in comparison to men.” What could the NCAA women’s basketball tournament be if it were given the same media attention, promotion, and financial commitment as the men’s? What could women’s soccer look like? The WNBA?

“There’s no reason why we’re underpaid for the exception of gender.”

And we would be remiss not to mention Rapinoe’s response to congressman Scott Franklin’s questions on whether trans women athlete inclusion somehow makes the playing field less equal. (A scientific review has said no, but don’t expect this exhausting conversation to go away any time soon.) “As a member of the LGBTQ community, I firmly stand with the trans family,” Rapinoe said. “And as someone who has played sports with someone who is trans, I can assure you, all is well.” Rapinoe was not in favor of throwing the trans community under the bus in the name of equality, especially considering how often trans people are marginalized themselves, as she pointed out. “To completely cut out an entire section of people” from sports, she said, “I don’t think is appropriate.”

Taking a step back, Rapinoe also said that she and the USWNT have always seen their fight for equal pay as something bigger: a push for equality for future generations of athletes as well as women around the country facing the same struggle. “We’re with everyone,” she said. “We are with so many women who aren’t able to be in this committee meeting, who aren’t able to get the ear of the media, who do not have the bright lights and the cameras on them all the time. We are looking to carry this torch for so many other women.”