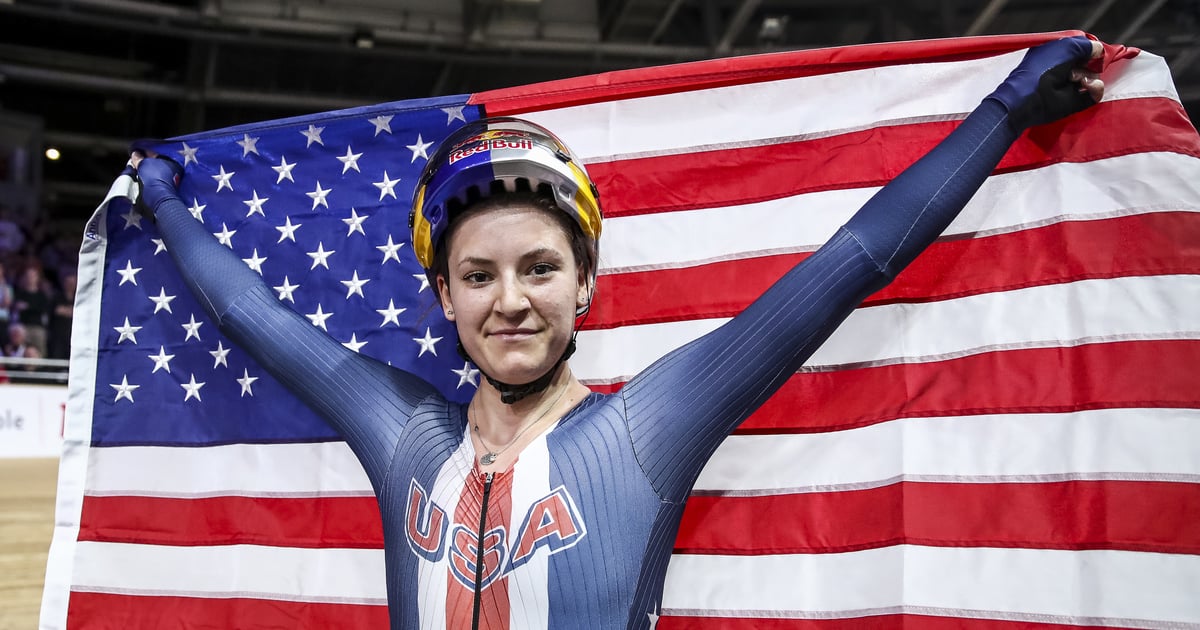 Less than five months out from the Summer Olympics, Chloe Dygert is busy grabbing record after record on cycling’s biggest stages and cementing her status as the cyclist to beat in Tokyo.

Most recently, the 23-year-old American blew away her previous 3000m individual pursuit world record — twice, in the same day — at the 2020 World Track Cycling Championships, first breezing by it by a full three seconds (3:17.2) in qualifying on Feb. 29, then shaving off another three-tenths of a second in the final later that day (3:16.9). Chloe’s previous world record was 3:20, set in 2018; for context, no other cyclist has ever broken 3:22. In this race, she beat her opponent by over six seconds to secure her third individual pursuit world title, after missing 2019 worlds due to concussion. Chloe also helped the US team reclaim their world title in the team pursuit, the discipline in which she holds her only Olympic medal so far, a silver medal from Rio. (Individual pursuit is not an Olympic discipline.)

And that’s just on the track. Chloe secured her 2020 Olympic qualification last year in road racing, which is a completely different ballgame: track cycling takes place indoors, in a stadium called a velodrome; road racing is competed in long outdoor courses. In September, Chloe upset a veteran field by a record margin (one minute, 32 seconds) to become the youngest world champion of any gender in road time trial, according to NBC Sports. It was an all-out effort in rainy Yorkshire, England, that left her spent and collapsing at the finish line.

“I live in Washington State so I’m used to riding in the rain,” Chloe told the press after that September win. “I really prepared very well for this. We took this year and just worked towards this race.” But after taking home world championship gold in track, Chloe flashed some ambition, telling NBC Sports that her goal is to drop her record by another two or three seconds, to 3:15 or 3:16, and eventually break 3:10.

Ahead, you can Chloe’s latest record-setting performance, which, FYI, came in the same six-month span as her road race records. Go ahead and get familiar with her name, because we predict you’ll be hearing a lot of it in Tokyo this summer.