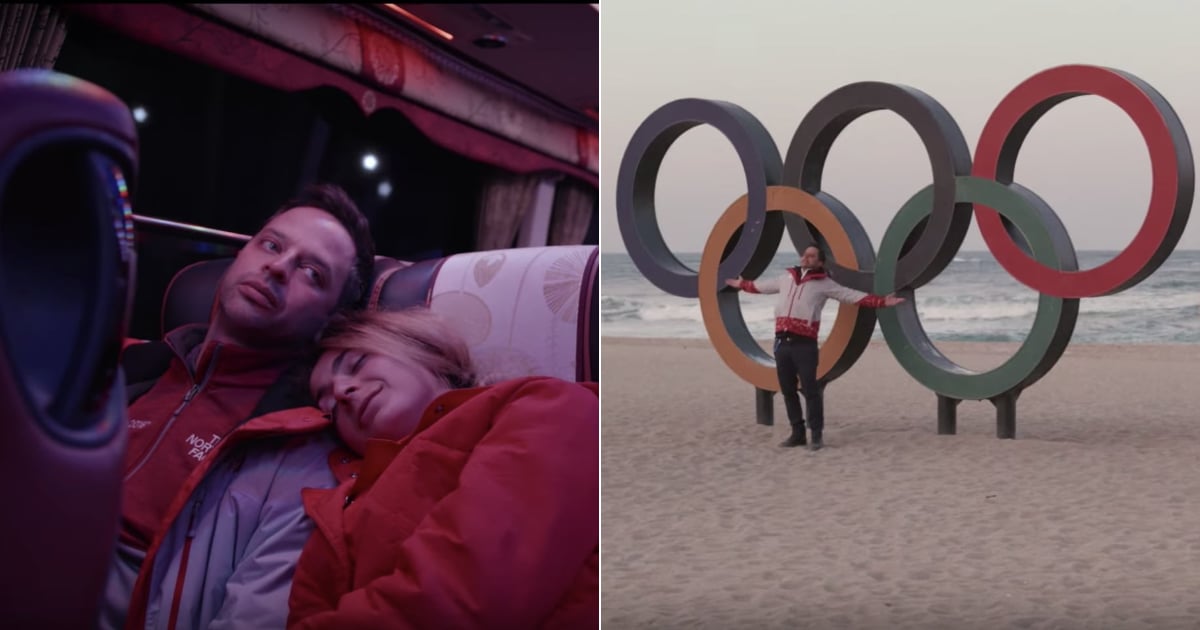 We have lots of movies about the Olympics (I just watched Miracle, again, and cried, again), but Olympic Dreams is one of a kind: it is the first feature film shot at the Olympics and in the Athletes’ Village. The film stars real-life Olympic runner Alexi Pappas, who also a co-wrote and co-produced the film, alongside Nick Kroll of Parks and Recreation and Netflix’s Big Mouth. In the first trailer, we’re introduced to Pappas’ Penelope, a cross-country skier competing at the Pyeongchang Games, and get a taste of her unexpected connection with Ezra (Kroll), a volunteer dentist treating athletes in the Village. Their sweet but bumpy romance plays out against the unique backdrop of the Winter Olympics, where the tiny film crew (just Pappas, her husband Jeremy Teicher, and Kroll) had “unprecedented access,” according to People.

“After I competed in the 2016 Rio Games, Jeremy and I were inspired to make a film that could capture what it’s like to live in the Olympic Village and to feel the ‘before, during and after’ rollercoaster that most Olympians experience,” Alexi shared with People. It’s not her first time translating an elite athlete’s experience to the big screen. Alexi also co-wrote, co-produced, and starred in Tracktown, released in 2017, about a young runners’s journey to qualify for the Olympics. In her “side job” as a professional runner, Alexi holds the Greek national record for the 10,000 meters, which she set at the 2016 Rio Olympics. (She was born in the US but competes for Greece.)

Check out this multi-hyphenate’s newest work in the historic trailer above, and keep an eye out for some other familiar faces, like Olympic silver medalist Gus Kenworthy! (“We roped in real Olympic athletes and improvised scenes in their actual dorms, skating rinks, ski slopes, medical centers, and stadiums,” Nick Kroll shared on Twitter.) The film is in theaters and VOD on February 14.