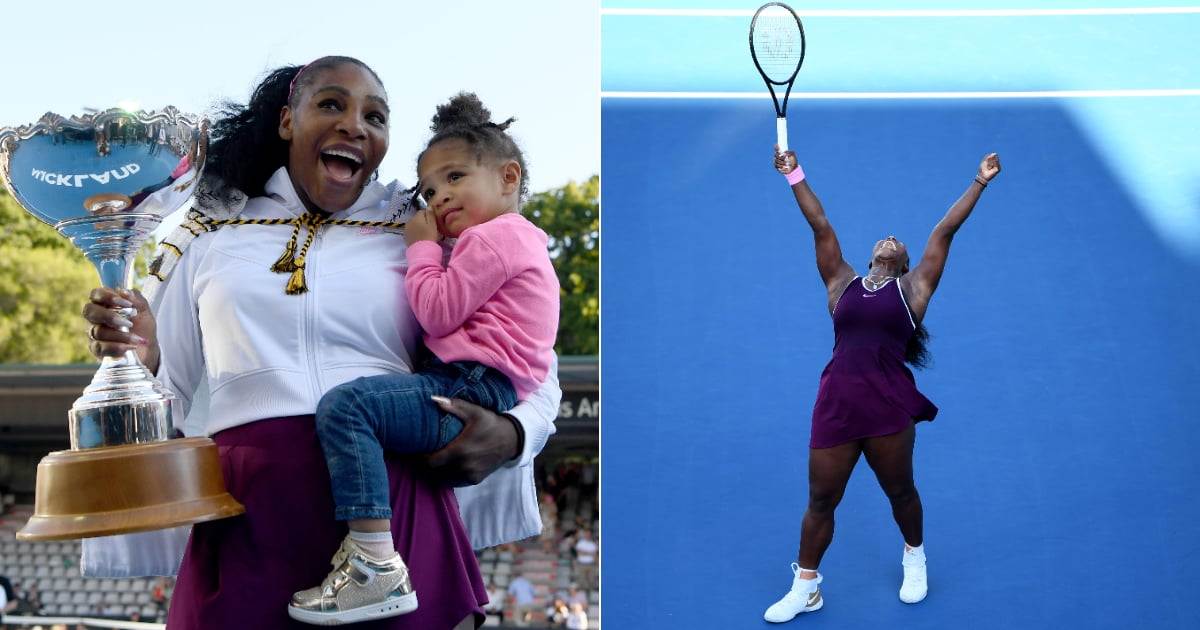 At the ASB Classic Women’s Singles Final on Sunday, Jan. 12, Serena Williams, racket in hand, threw her arms up into the air and, with her head back, let out a relieving victory cry. Why? Because after almost three years, and for the first time since she returned to tennis from giving birth to daughter Olympia, Serena took home a title. The 38-year-old outplayed fellow American Jessica Pegula, 25, in Auckland, New Zealand, with a score of 6-3, 6-4.

“It feels good. It’s been a long time. I think you can see the relief on my face,” Serena said during the award ceremony. She called Jessica an “incredible” opponent and further stated that continuing to play after all this time has been a blessing. “I feel so fortunate and blessed to be able to just be out here and be healthy and to play. I’ve been out here for so long, and I’ve been through so much, so it’s good to be able to come and do what I do, and I just feel so happy to do something that I absolutely love.”

The best part was that Olympia, now 2 years old, was able to witness this victory for herself, and Serena donated the prize money from the tournament — $43,000 — to Australian Bushfire relief. She said of the win, according to CNN, “That was really important for me, and I just want to build on it. It’s just a step towards the next goal.” And that goal will be coming up fast.

Serena competes in the 2020 Australian Open, which she won back in 2017 while pregnant, starting on Jan. 20. (Coincidentally, that 2017 Australian Open win was also the last time she’d won a tournament title before this most recent win). She’ll be vying for her 24th Grand Slam singles title to tie the all-time record set by Margaret Court. Serena was denied that 24th Grand Slam title by 19-year-old Canadian Bianca Andreescu back in September 2019 at the US Open.

Ahead, check out some highlights from Serena’s most recent win, including that well-earned victory cry in the finals. She has started 2020 off with a bang — game, set, match! — and we can’t wait to watch her fight for more titles like the GOAT she is.