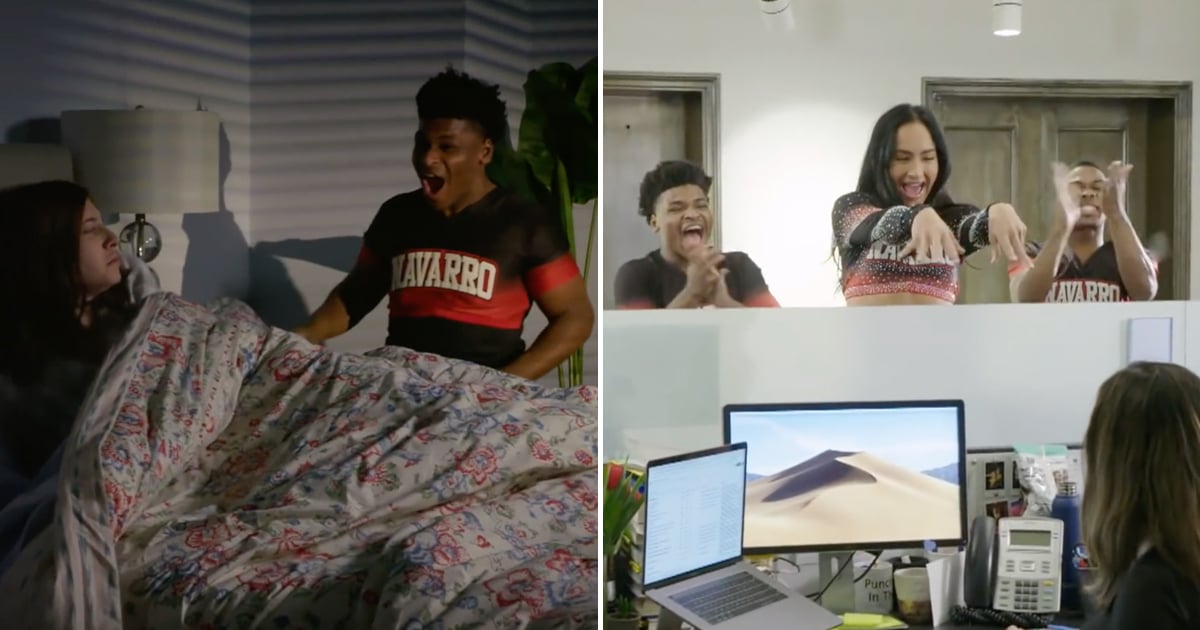 You know how New York City is considered the fifth protagonist of Sex and the City? Well, on Netflix’s Cheer, mat talk is the unseen cheerleader. Previously defined by breakout star Jerry Harris on The Ellen DeGeneres Show, mat talk is “giving encouragement to anybody that’s on the floor with you, and letting them know that you have somebody that’s looking out for you and wants to be there for you.”

The practice has become so popular with the viewers, that it was recently the subject of a segment on The Late Show With Stephen Colbert. In the hysterical sketch, Navarro College cheerleaders La’Darius Marshall, Gabi Butler, and Jerry Harris star in a commercial for mat talk, “the only non-FDA approved, Netflix-based solution for small yet seemingly impossible tasks.” Start watching the video to see Jerry cheer on a man crossing the street, and stay for the “Coach Monica booster shot.”