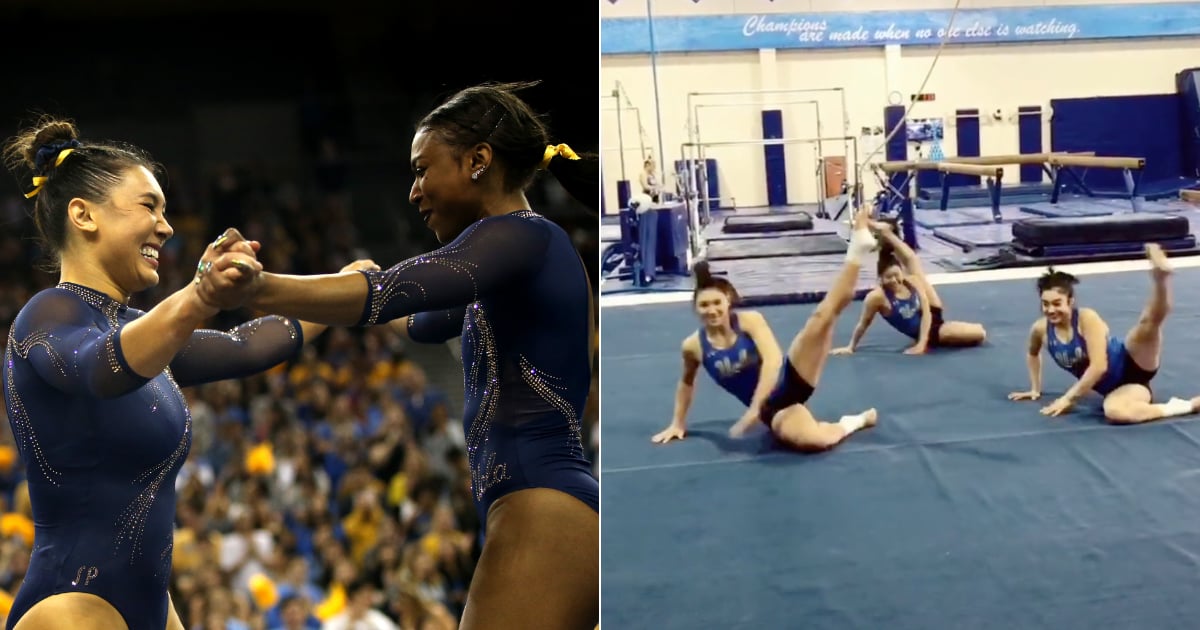 UCLA Gymnastics — home to talented athletes like the now-retired Katelyn Ohashi, 2016 Olympian Madison Kocian, 2012 Olympian Kyla “Boss” Ross, and recent internet sensation Nia Dennis — announced in late February that the team had hopped on the bandwagon: they’d officially joined TikTok. This makes sense. We know from longtime coach Valorie Kondos Fields, or “Miss Val,” that floor routines are considered the team’s “dance party” — these gymnasts know how to have fun. And, according to Front Office Sports, UCLA Gymnastics has the largest social media following of any US women’s collegiate team on Facebook, Instagram, and Twitter. So, why not add TikTok to the mix?

“Thanks to all of you for helping us become the No. 1 most-followed female collegiate team in the nation!” UCLA Gymnastics tweeted. “If you’re not already following, we’re @uclagymnastics on Twitter, IG, FB, Snapchat & TikTok.” Liza David, the UCLA Bruins’ athletic communications director and sports information director, who also runs the team’s social media accounts, told Front Office Sports that she attributes the athletes’ internet fame to them and them alone. “A lot of these girls on the team — they are not afraid to show their personalities. And that’s why I say that all of the growth is coming from them.”

The team, who has won the NCAA Championships seven times, already has over 11,000 followers on TikTok. Ahead, check out the videos these gymnasts have posted so far (aka at the time of this article’s publishing). For one, since these athletes are super flexible and ubertalented, you’ll see them nail the “Attention” dance trend with kicks and splits. Did we expect anything less? No. Keep your eyes peeled for more — we know it’ll be worth a 10.00 every time!